With this project, Multiplex is breaking new ground. The Bremen-based manufacturer of boarding systems and think tank for custom yachting solutions supplies a fully integrated bridge made entirely of carbon for a 38-meter yacht. Jan Reiners, CEO of Multiplex, says: “After the owner had already ordered sun awnings and a gangway for the project, this request came as a surprise. We are, of course, happy to meet such a challenge.” 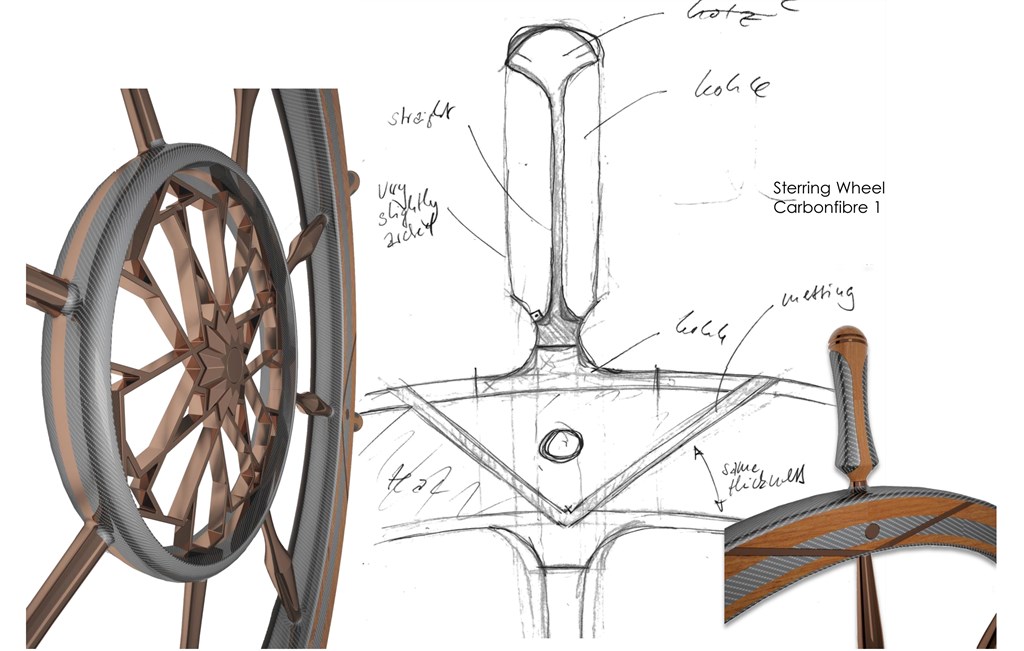 The almost futuristic look of a carbon wheelhouse was explicitly requested by the owner to break with the traditional exterior of the yacht. Reiners: “From the outside, the yacht has the look of a dhow, which is very common in the Middle East. But when guests enter the wheelhouse, the owner wants a unique wow effect.

Based on a design by beiderbeck designs, also from Bremen, Multiplex will supply not only the control console of the wheelhouse, but also all wall panelling, the edging of the seating area, the steering wheel, which is richly covered with carbon, and the ceiling of the wheelhouse. Multiplex has cut numerous recesses behind which LEDs are inserted – the resulting pattern is reminiscent of the Arabic culture.

Incidentally, the Bremen-based specialist manufacturer is hardly feeling the effects of the so-called “corona crisis” at present. CEO Jan Reiners comments: “We are working under high pressure in production, have hired new employees and are actually still looking for additional staff. We are also launching a total of four new products spread over the coming summer months.”