The opening day of action for the 2020 Superyacht Challenge Antigua featured exciting racing for the magnificent fleet off the South Coast of Antigua. WinWin sailed by Kim Schindelhauer, and skippered by Ryan Taylor, took first blood in the Corsairs Class. Missy skippered by Matt McKeon performed in the Privateers Class. Firebird skippered by James McDonald took a blazing win in the Buccaneers Class.


A light easterly breeze was enhanced by a big rain squall during the starting sequence, with several teams making good use of the shift in breeze and velocity. The racecourse featured a long downwind leg, allowing the magnificent fleet to hit top speed in Caribbean surf. In the second half of the race, shorter windward leeward legs called on more technical and tactical abilities. The trade winds piped up towards the finish for an adrenalin pumping finale. After racing there were plenty of grins on the dock, testament to a cocktail of definitive superyachts, tropical conditions, and thrilling racing. 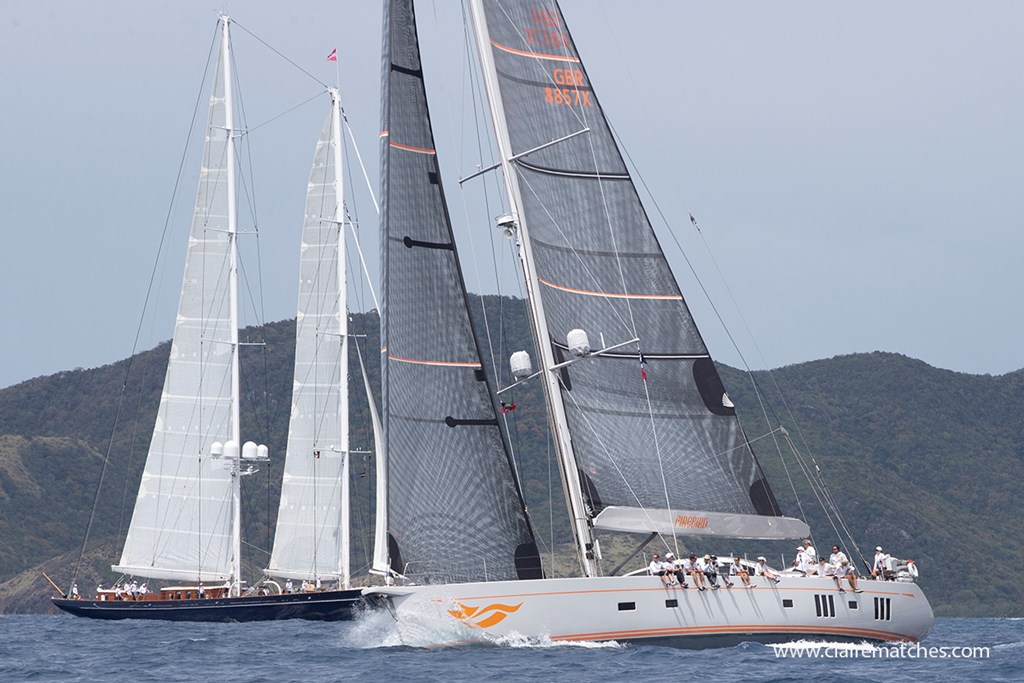 “For the long downwind leg, we put a lot of distance on other boats because the wind had not picked up yet,” commented Jasper Bank, tactician on Firebird and double Olympic Gold Medallist. “When the breeze kicked in, we enjoyed the show, as the big boats came blasting passed! We were quite pleased to keep Action and Adela behind us. We could see the other boats around us, and we felt we had it well covered.” 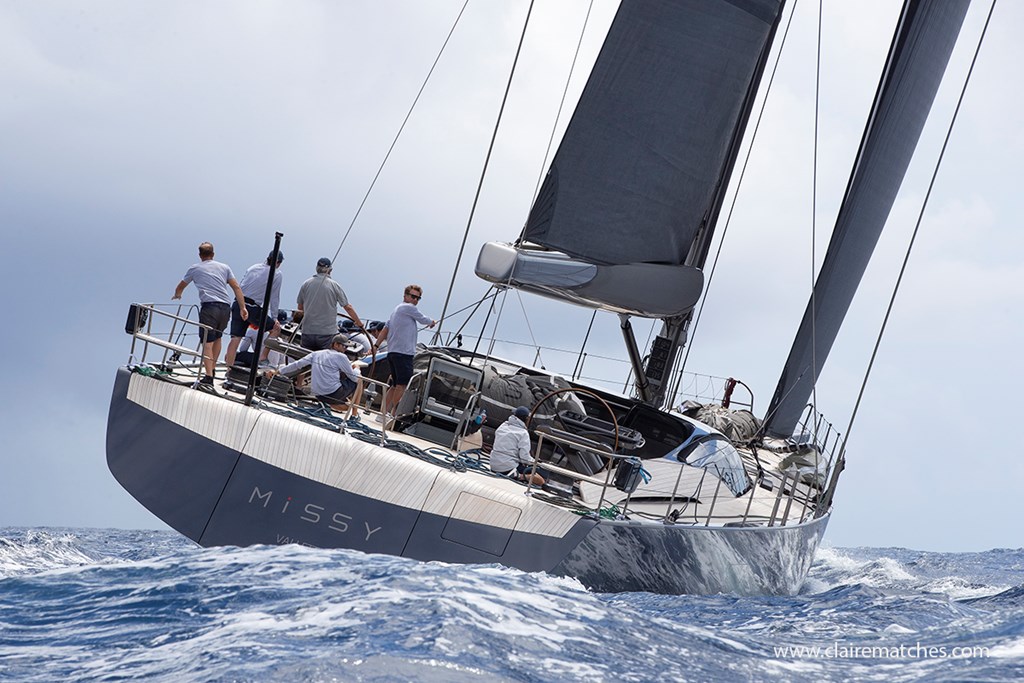 “We put in a gybe set at the first top mark, and we played out the first run really well, that big first shift got us right up there,” commented Matt Humphries, tactician on Missy and five-time race circumnavigator. “We managed to hold onto the two big ketches; Rebecca and Sojana and also Dark Shadow. Our game plan was to stay with them until that last six-mile beat, but there was a lot of place changes. A bit of a strategic tacking duel developed between us and Sojana on the last beat, and we managed to get an edge. The boss did an awesome job driving and the crew held it all together.” 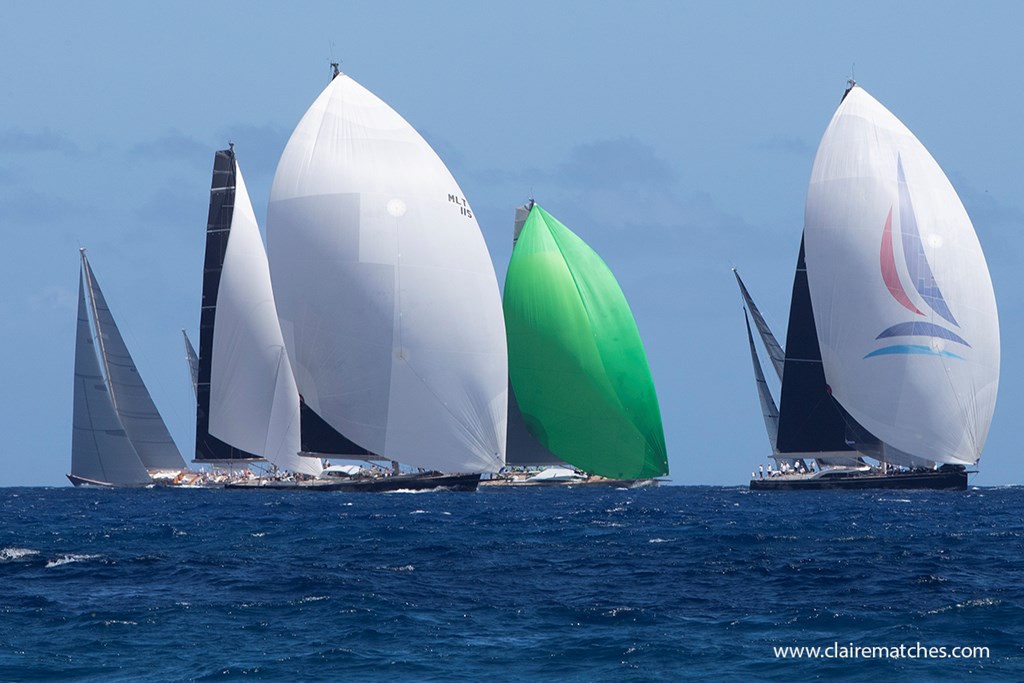 “We are pretty happy, but it didn’t all go smoothly, we did manage to trawl our A2 on the first mark,” admitted WinWin skipper Ryan Taylor who has been with the boat since launch in 2014. “What we did well today was keeping our tactics plain and simple, our usual philosophy is ‘basic and fast’. We tend to go downwind quite well, and we are a little bit lighter in this fleet. The boat performed really well, catching waves and surfing. Like all the boats here, we have a great crew and we all come out to perform.” 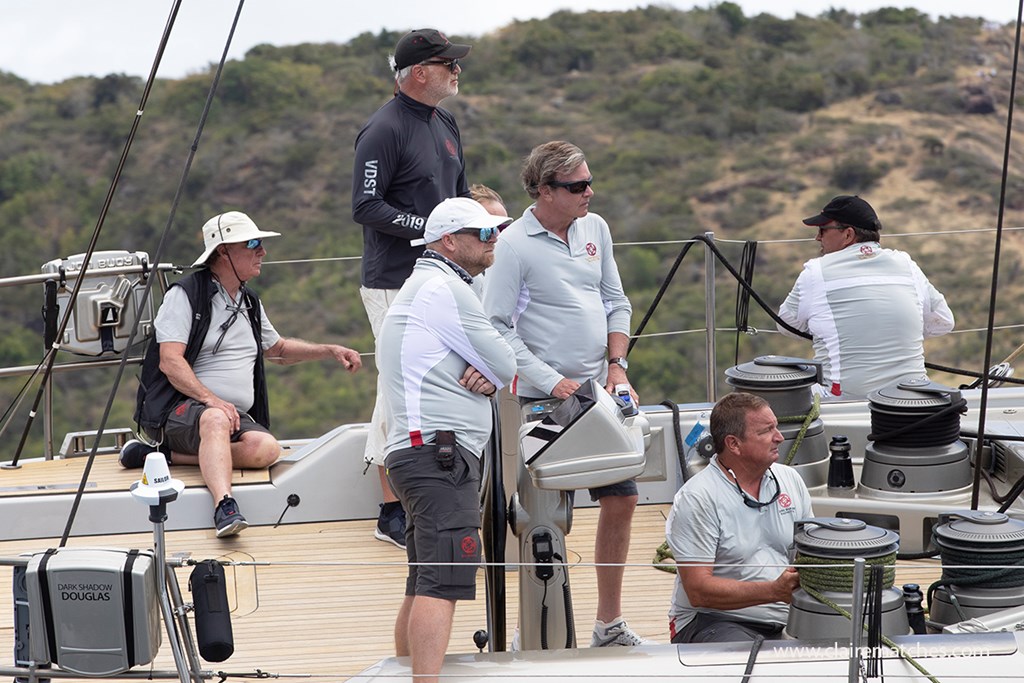 Congratulations to Wally 100 Dark Shadow for making the best start of the day, crossing the line just one second before the gun! 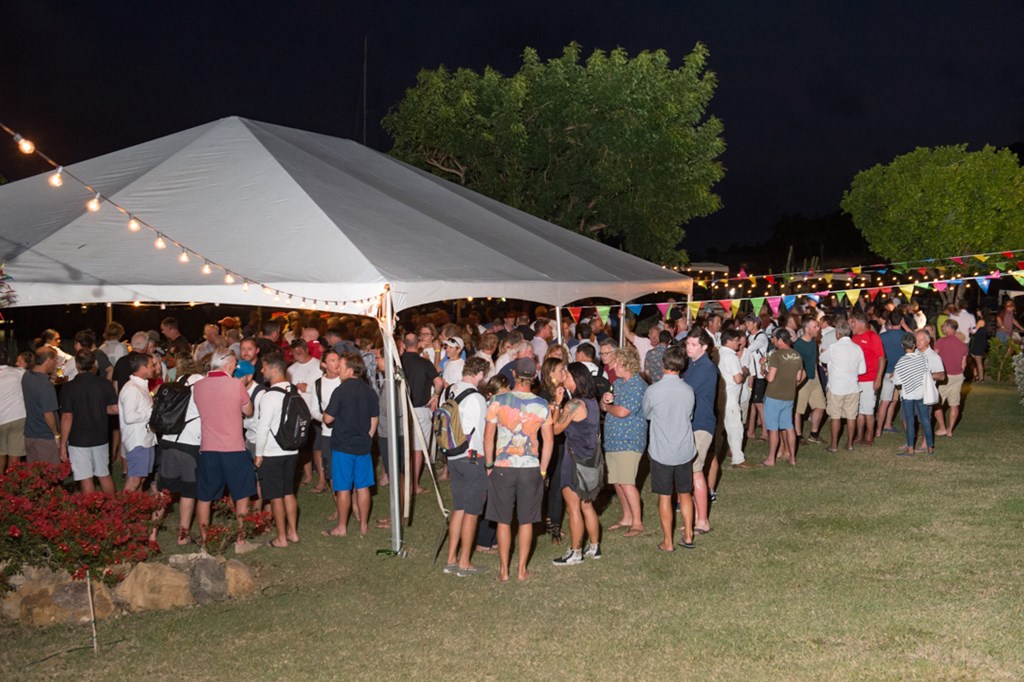 Prior to the first day of racing at the Superyacht Challenge Antigua, a Welcome Cocktail Party was held at Boom Restaurant in Nelson’s Dockyard. Well over 400 owners, guests and crew met for a relaxed start to the social side of the regatta. The regatta’s ethos is to value fair racing and good companionship above all else.

Racing at the 10th Anniversary of the Superyacht Challenge Antigua continues on Friday 13th March, with the start sequence for Race Two scheduled to start at 1100 local time (1500 AST).