In his own words, the Florentine designer describes the specific requests and thought processes and that went into developing the design of the steel and aluminium explorer yacht. 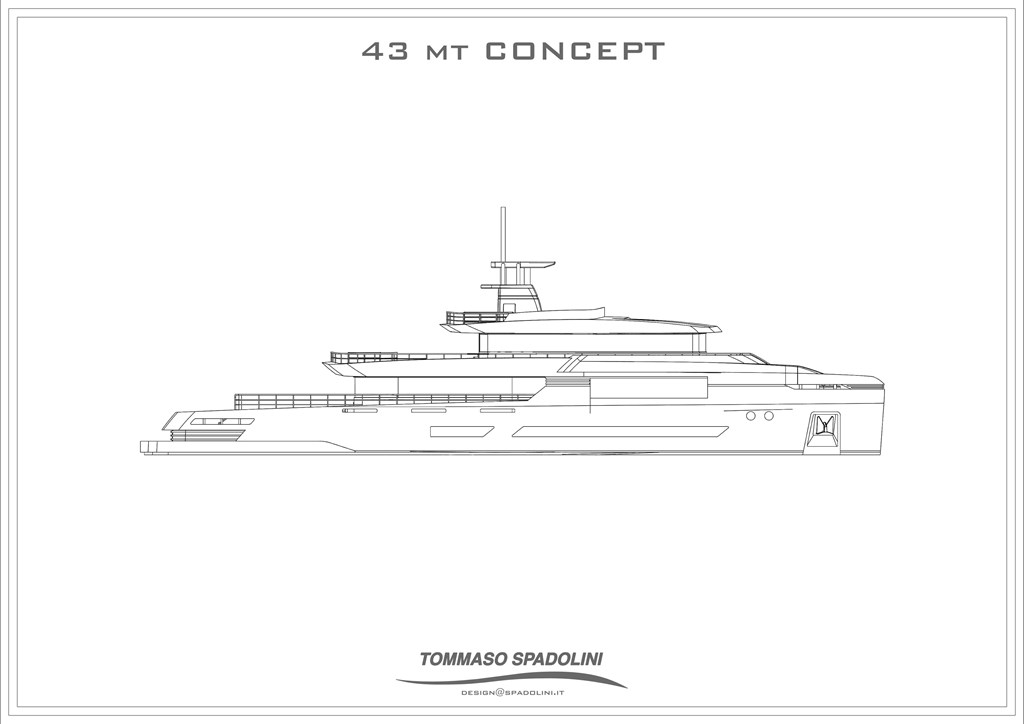 The European client already has a 36m motoryacht and wanted to go bigger while staying under 45 metres in length overall. An initial inspiration for him was one of my previous designs, 47-metre Aslec 4 built by Rossinavi in 2012. He definitely liked the exterior profile with its low-slung superstructure and near vertical bow, but he had some specific requests of his own.

Firstly, he wanted a big, open cockpit on the main deck aft that can be covered with awnings for shade. You can see from the initial sketches that we’ve emphasised this area by having handrails instead of raised bulwarks, which provide unobstructed views out to sea from both the open deck and the main salon.

Apart from being something of a design statement, the grand transom staircase can be raised to access two side-loading garages. Because the client intends using the yacht for long-range cruising and exploration, he wanted decent-sized tenders and there is space for two 5.5-metre tenders in the garage bays. We’re also looking into the feasibility of building the hull to Ice Class. 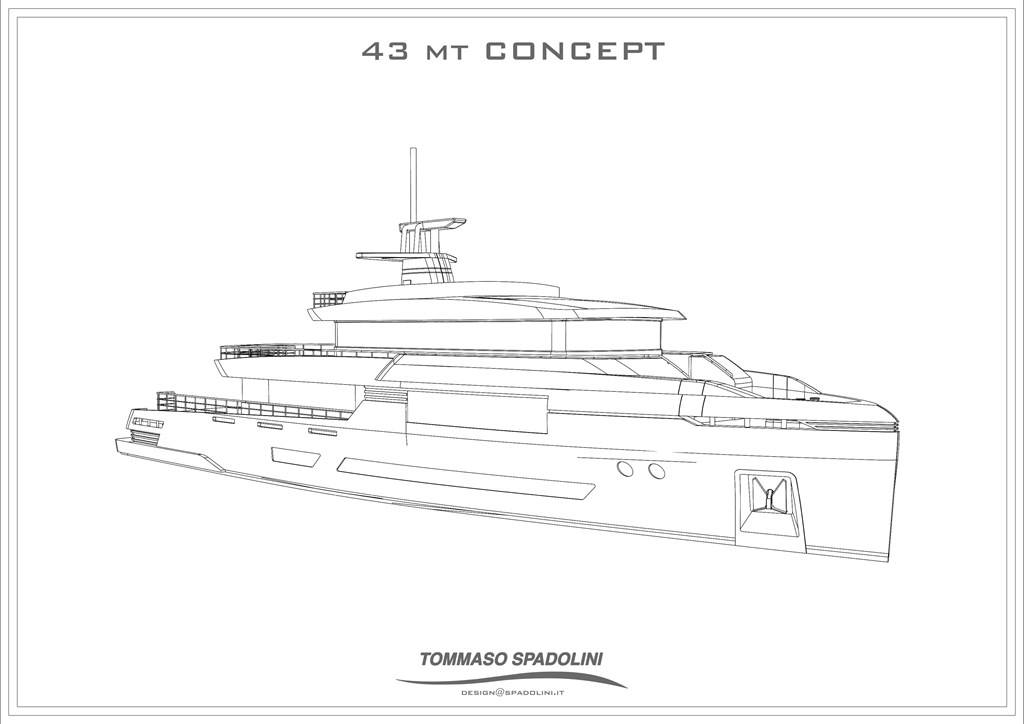 He had fewer requests regarding the interior layout, which has a classic arrangement with four guest cabins on the lower deck and the owner’s stateroom in the wide-body section on the main deck forward. He wanted his cabin to be filled with natural light, hence the very large side widows.

Because the client prefers to spend his time on board in the open air or on the main deck closer to the water, the upper deck lounge on the bridge deck is comfortable but deliberately modest in size.

In terms of the exterior lines and the interior layout, the project is about 70% complete. We have yet to start with the interior design and décor, and we’re currently developing the preliminary technical specifications.

Once complete, we’ll put the project out to shipyards for tender. We’re keeping our options open and the final decision will naturally depend on the client, but as an Italian I’d obviously be happy if the boat was built in Italy!” 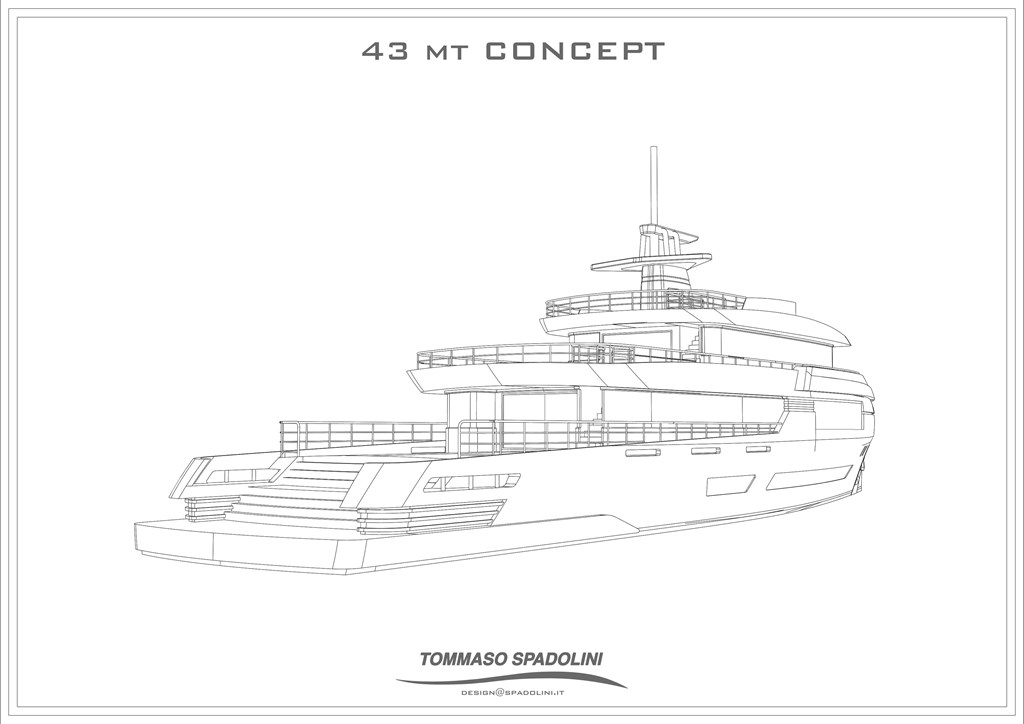