As so often happens, times of trouble bring out the best in people.

This the Southern Wind team can say with certainty after the event they had planned in Antigua was first scuttled due to coronavirus travel restrictions then given new life thanks to the support and enthusiasm of a group of owners and crews, already in the Caribbean attending their racing or cruising programs.

Andrea Micheli, SWS Commercial Director was moved: “In times like these we need positivity more than ever. It’s extraordinary to see how a shared passion for sailing brought us together and galvanised our spirits,” he said. “The values that bind us as sailors such as teamwork, a spirit of collaboration and a real sense of camaraderie, turned a disappointment around and transformed it. This was not an event anymore, it was a heartfelt demonstration of support and friendship. It was fantastic to have this new confirmation that Southern Wind is more than a brand, it’s a real family.” 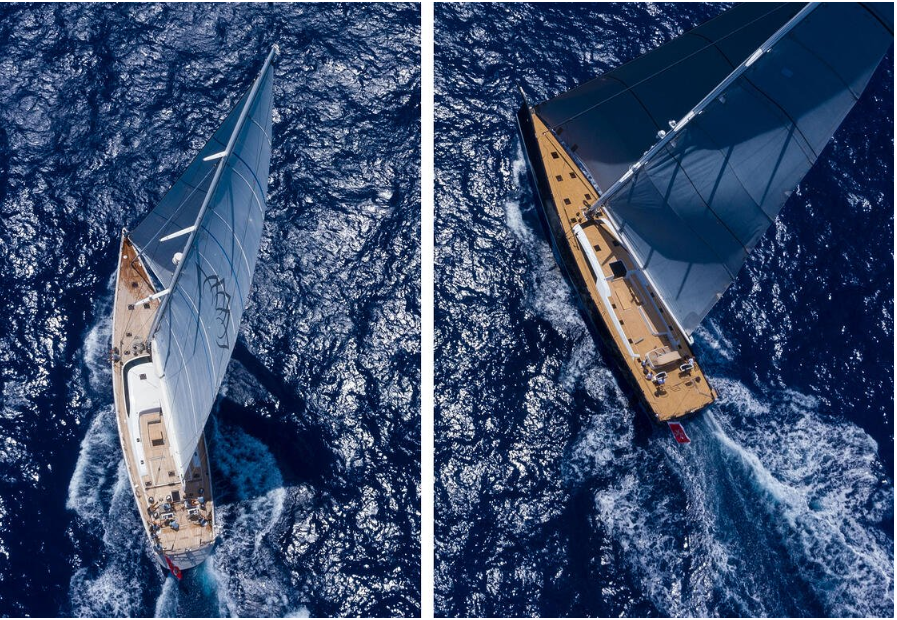 It all began when SW94 Aragon (formerly Windfall) decided to compete in the Superyacht Challenge Antigua. Her new owners were moving up from a performance smaller sailing yacht and were looking forward to competing in this event for the first time before taking off on a round the world cruise.

As chance would have it, there were four other SWS built yachts in the area, SW105 Wolfhound (formerly Satisfaction), SW96 Sorceress, the SW100s Padma (formerly I-Sea) and Freebird (formerly Mrs. Marietta). What better occasion than to get together for a sail in company and a toast to the shipyard?

The SWS team was preparing to go to the Caribbean when they got news that Italy and Italians were in lockdown. Respectful of the Italian government’s directives and committed to preserving the health of its employees, the regatta participants and the local community, the Southern Wind Team regrettably could not be present. It seemed like the event, like so many others in these times of troubles, would have to be cancelled.

Or would it? The photographer was ready, the restaurant was reserved. The SWS team couldn’t be there, but there was plenty of “family” who could stand in for them being already on site to race or cruise. After a quick consultation and some frantic rescheduling, Aragon’s owners and crew became the SWS ambassadors in Antigua, followed remotely by the our team back in Italy. 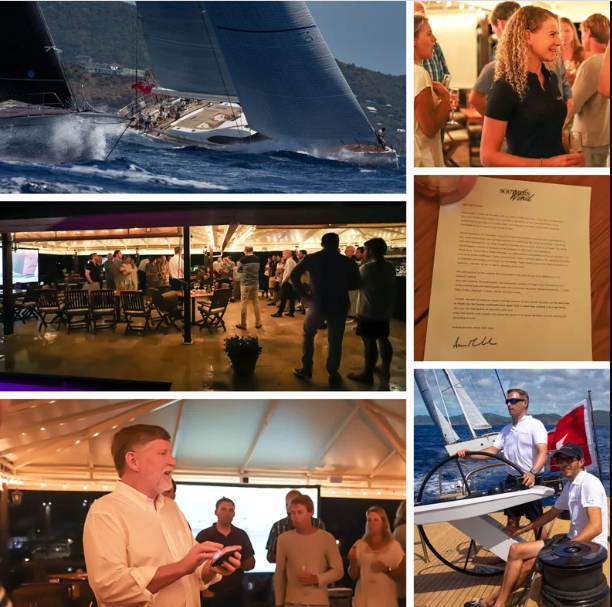 And the show did go on! Jim Schmicker, Vice President of Farr Yacht Design and the naval architect of all of the many Farr/Southern Wind collaborations, stood in for the shipyard. Wolfhound’s captain Nelly organised the photo shoot and helped in ways too numerous to mention while her stewardess Emma coordinated the dinner. The evening itself was a success but more than anything else the fact that all of this could go on without the physical presence to the SWS team shows just how strong Southern Wind community spirit is.

Our congratulations go to Aragon’s Owners and their crew for coming in third place at the Superyacht Challenge Antigua and we wish this is just the beginning of a successful racing program.