Nobiskrug’s latest 62-metre Project 794 comes into view, as the superyacht has been moved from Kiel shipyard into the superyacht hall of the Rendsburg facility last Saturday, 30th May. Project 794, built in collaboration with Nobiskrug, is the second project in a row developed with the German shipyard in which Imperial act as Owner’s Representative and Build Supervisor throughout the entire construction process. 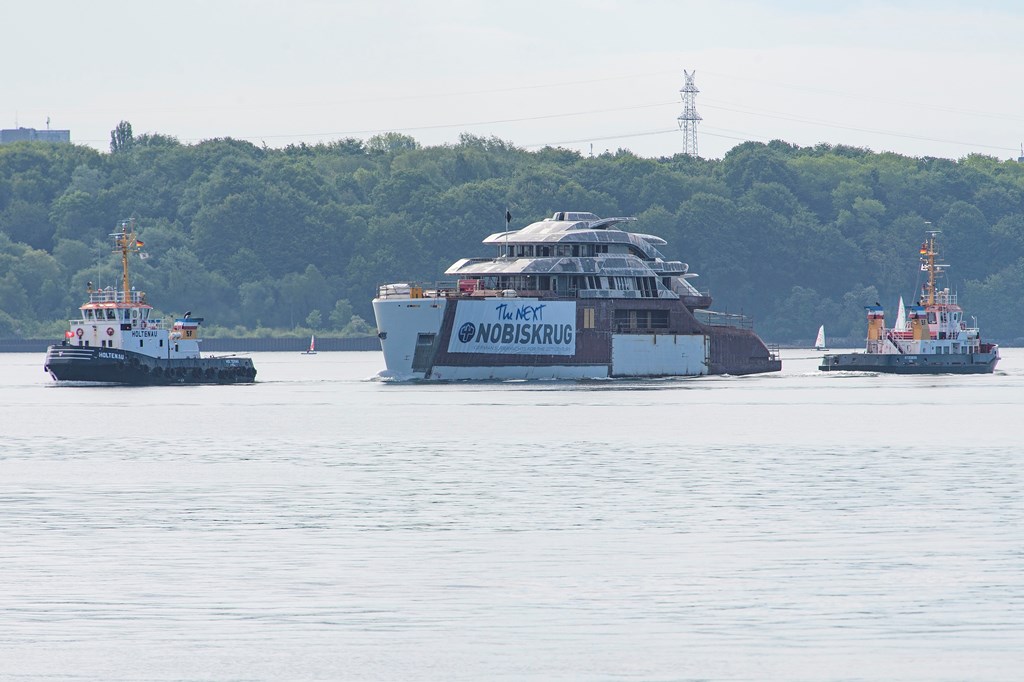 Project 794 is a high-volume yacht with performance in mind, With her exterior designed by the talented and creative minds of Espen Øino International office, the superyacht benefits from expansive exterior deck spaces and generous open-plan layout contained within five luxurious levels.
The yacht’s journey between the two shipyards started from Kiel Fjord with a passage through the locks, into the Kiel Canal continuing to Rendsburg, reaching the shipyard in the late afternoon. 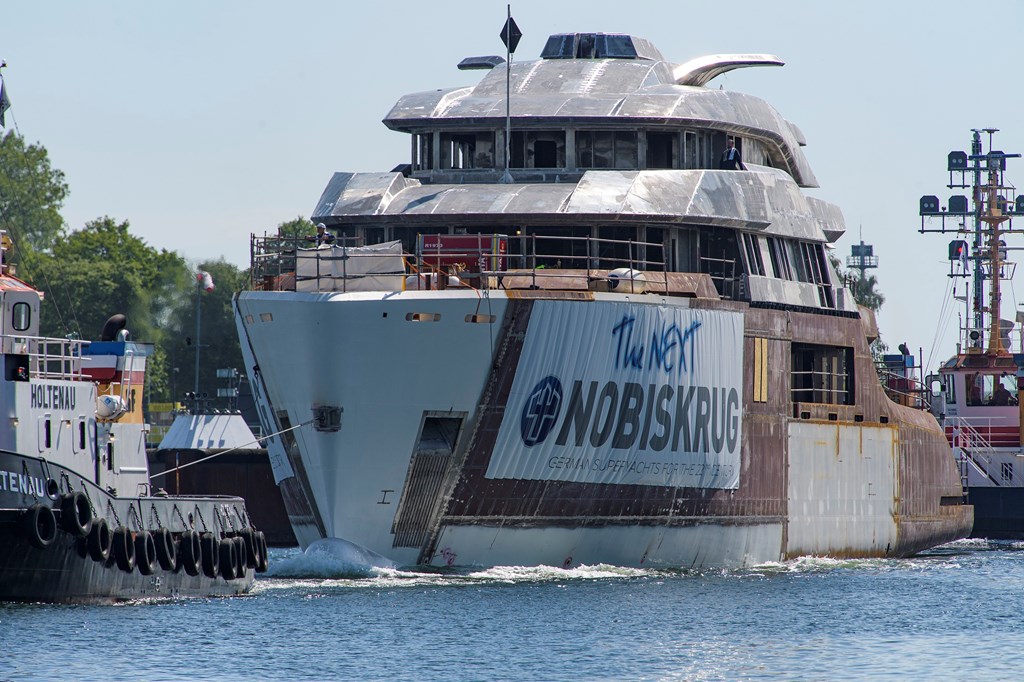 Following the keel-laying in June last year, the construction of all sections up to assembly of the complete hull took place in the advanced shipbuilding facilities of the yard in Kiel. The superyacht will be expertly outfitted in the modern climate-controlled superyacht hall in Rendsburg.