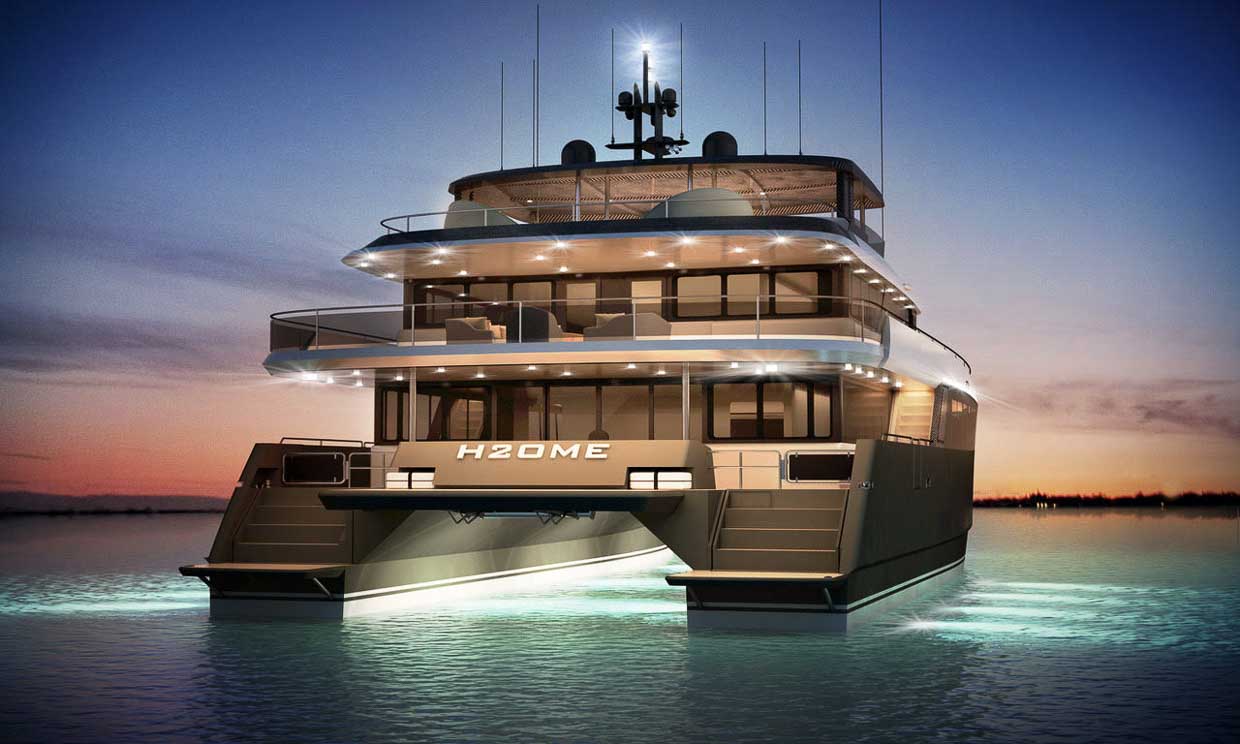 New arrival Amasea Yachts has game-changing ambitions as it intends to build its catamarans in aluminium rather than fibreglass and give them three rather than the traditional two decks. After founder Jack Wijnants couldn’t find a cat he felt he could cruise the world aboard, he designed what became the Amasea 84’/25m. It has a transatlantic range and enough dry and cold storage to stay out at sea for up to six weeks. High-speed cat specialist Albert Nazarov did the exterior lines and naval architecture. The Amasea 84’/25m’s extra deck level and a dedicated service area for the crew yields much more versatile layout too. The master suite can be either on the main or lower deck and there are two galleys, crew and guest. Amasea Yachts is setting up its own yard in Turkey to build both the hull, which will be reinforced for high latitude-cruising, and the superstructure from 5083 aluminium alloy. The interior décor is left entirely to the owner. The 25m will be finished off in Italy or the Netherlands. This first unit will take 18-20 months to complete, dropping to 13-16 months for subsequent builds and topping out at seven craft a year. A hybrid propulsion package is also in the pipeline. 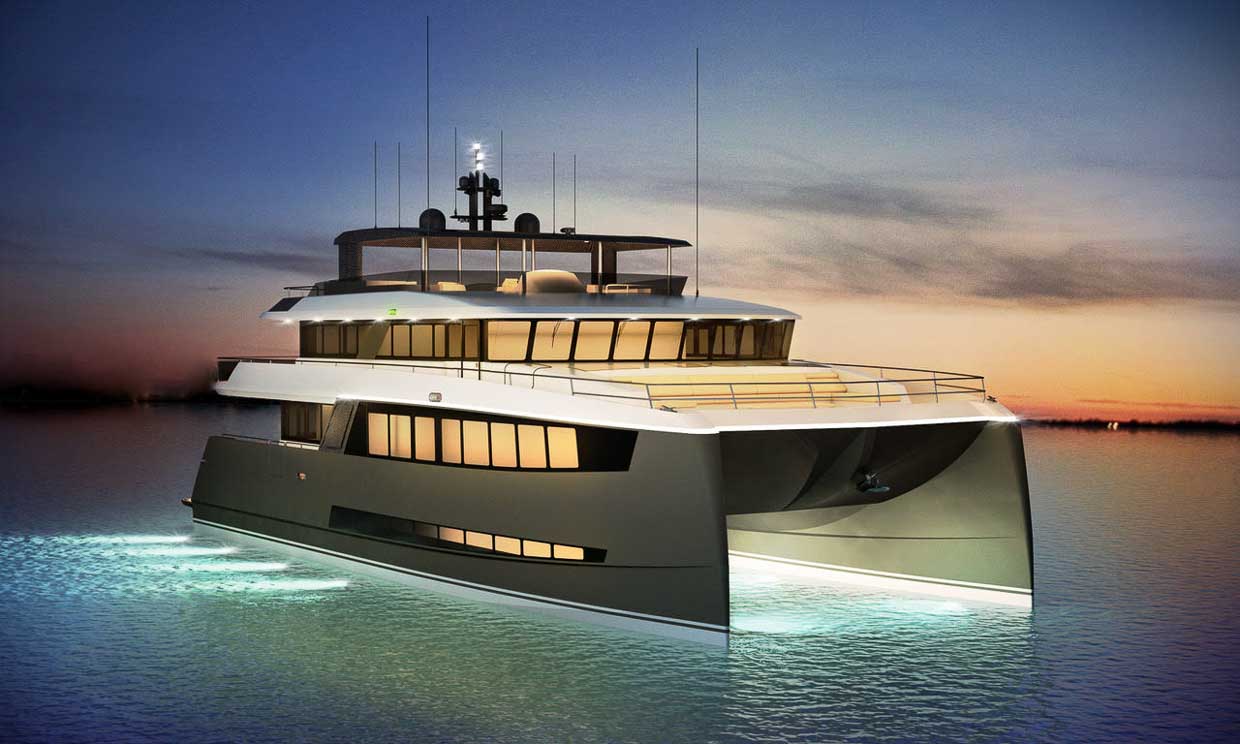 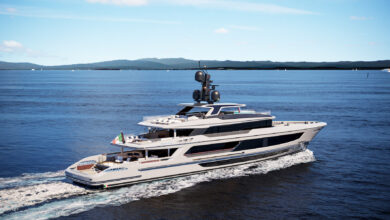 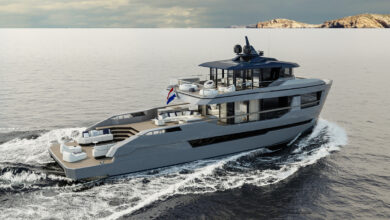 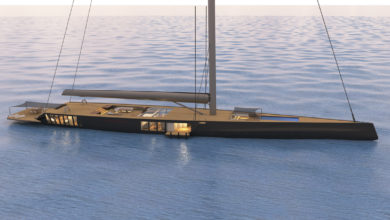 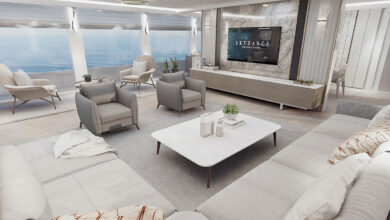